Double Olympian cyclist Victoria Pendleton is used to spinning a lot of things. Here, we asked the retired champion to share her secrets and how she has managed to steer her way through the good and bad times.

As one of Britain’s most successful Olympians, Victoria Pendleton is used to life in the competitive lane. The 41-year-old – who won gold in Beijing in 2008 and at London 2012 – dedicated her life to the sport for over two decades, but has not always had an easy ride. For the track cycling star, who has spoken openly about her mental health struggles, hit an all-time low after she bowed out of the sport 10 years ago.

After the extreme highs and lows of her career, the athlete was diagnosed with depression as she struggled to forge a new life outside the elite sport she had dedicated herself to since the age of nine. Breaking the cycle of her health issues was no mean feat but, like the true champ that she is, Victoria Pendleton managed to pull herself through and is back once again leading life in the fast lane.

Here, she tells us about her road to recovery, how she managed to turn her life around and why – by following her own exercise and nutritional goals – she feels in the best shape both physically and mentally.

You have had an incredible career. What have been the highlights?

‘It was winning gold in the 2012 Olympics – achieving the top medal on home ground was incredible. I can still hear the crowd cheering and the sense of euphoria at the win being such a huge success. It was the most magical experience.’

As a former Olympian, is fitness still very much part of your life now?

‘Yes, exercise is an essential part of my life. I constantly need to be on-the-go doing something as it helps quieten my brain, which can go into overdrive if I’m sitting still. Working out means my head is occupied with the task in hand and it helps me process my thoughts and emotions. I still cycle, obviously, but I also complement it by working out at the gym.’

What are your favourite exercises?

‘For my body, it is very important for me to focus on strength and conditioning exercises, so I tend to do them three times a week with weights at the gym. I also love running but after taking up life as a jockey seven years ago, horse-riding is my passion, and it really helps exercise my calves and arm muscles.’

For someone new to cycling, what would be your advice?

‘Cycling is such a fantastic sport but I’d suggest doing it with a friend or as a team so you get the camaraderie, otherwise it can be quite lonely. It puts a lot of strain on your muscles, so start by using your legs in a Spinning class to build them up and get the sensation. Even as an elite cyclist I would never listen to music when I was riding, as the most important thing is to always be aware of your surroundings. I think that is why I was so lucky as a competitor that I never had any bad injuries.’

How important a part does nutrition play in your life?

‘Things have changed so much since I was competing. The minute I retired from the sport I became vegetarian and have eaten only plant-based food since. I was so fed up of having a career where for years I was under the guidance of my team, who basically indicated I had to eat meat to have the strength to compete. It was very gruelling, and now we know as athletes that is not the case whatsoever – you can be a vegetarian and succeed at the top of your game!

‘I’m an ambassador for a new plant-based drink from SlimFast, which I am a huge fan of as it is the perfect snack for people like me who are always on-the-go. As a vegan, it ticks all the right boxes and is super tasty. It still shocks me looking back at what I was told I had to eat and it so nice to have the freedom to choose what I can and cannot put into my mouth.’

You have spoken openly about your mental health struggles. What helped you get past the dark times?

‘After so long feeling I needed to please everyone around me, it is so nice to be my own boss. That sense of independence came about through support from friends, being outdoors and my life working with horses as a jockey, travelling solo. The stigma around mental health in sport, and more generally, has only recently been challenged, with it now finally being considered as an issue that needs attention.

‘I also think it helps that, even though I achieved so much, I am not in the public eye as much, so I can live a fairly normal life without being recognised everywhere I go. That sense of normality helped a lot.’

After your failed attempt at climbing Everest in 2018, is this something you would still like to do?

‘I will absolutely attempt to climb Everest again. I am an adrenalin junkie – I just love the rush and excitement of being given a huge challenge. I don’t allow myself to feel fear – I don’t care anymore about having to be a people pleaser and I have learnt to accept who I am. You have to face your fears in life and learn to overcome them, and I believe I am in a good place to say I have done just that.’ 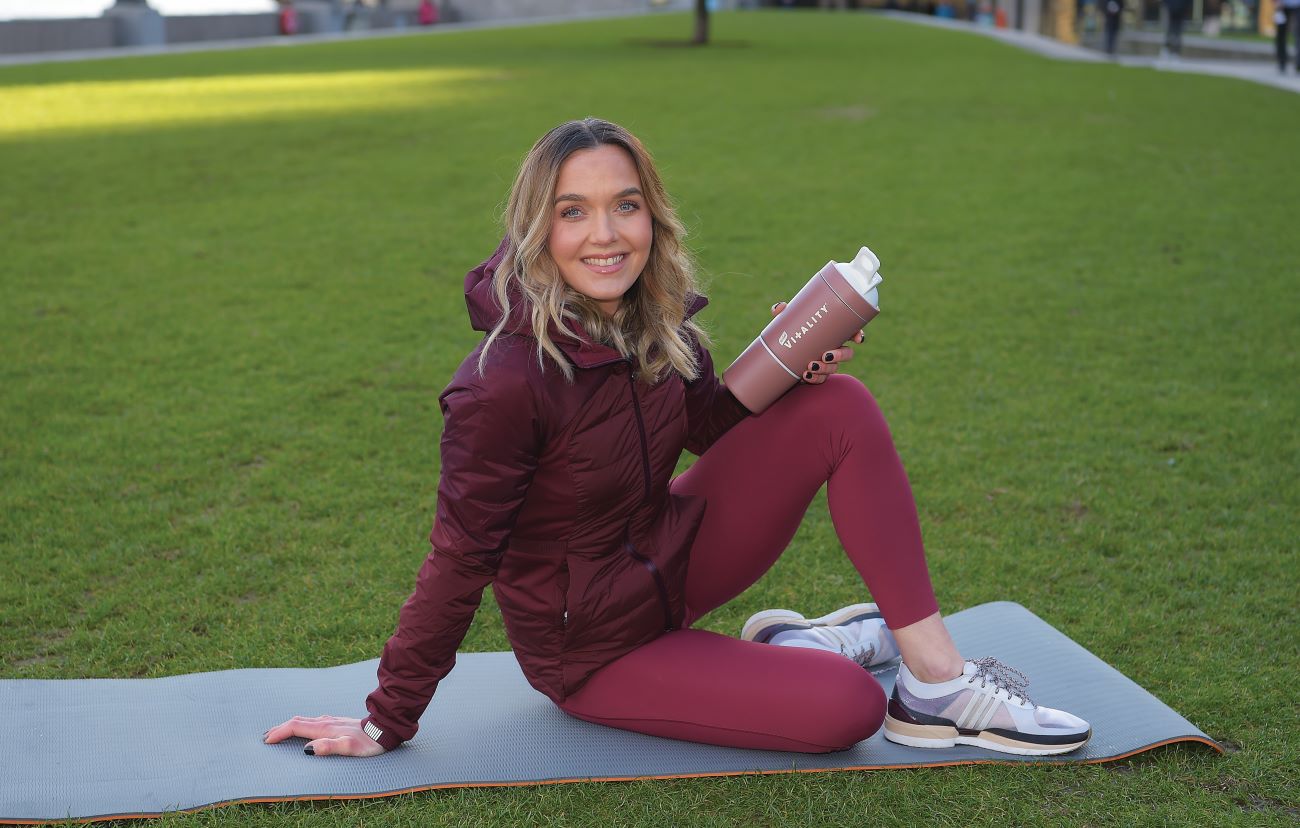 Victoria Pendleton is supporting the launch of SlimFast Vitality shakes.

Victoria Pendleton: What I eat in a day

Victoria Pendleton is supporting the launch of SlimFast Vitality shakes. Packed with 23 vitamins and minerals and suitable for a vegan lifestyle, new SlimFast Vitality balanced nutrition shakes offer a quick hit of healthy that also pack a punch in taste. Visit Slimfast.co.uk or @slimfastvitalityuk for more information.

How to use gym balls: 3 best core exercises

Best fitness spa breaks and retreats in the UK